Dear Supreme Being, open my heart and enhance it with thy love.

Fill my soul with thy grace, and allow me to envision thy spirit.

Fold me into thy glory, and allow the blindness which clouds my minds eye to see.

Let me rise upon thy kingdom, and grant me the wisdom I so desperately seek.

Though, let it not be MY will, but thine be done.

I pray thee to listen to my plea, and to answer in kind.

I have been reading your column now for a while, and I must say I respect your insights. Here’s the thing, my husband of four years must have something wrong with his ears, you see, he ever seems to comprehend what I say.

This is very frustrating for me. It doesn’t seem to matter what I say, ten minutes later and he is right back in front of the TV with no comprehension of what I have just said.

He makes me feel like I am unimportant to him. Is it me, or is it him. If it is him, then I could really use some words of wisdom from you. Thanks in advance.

Feel NOT, it is definitely HIM. In my experience, I have found this to be a typical male trait. A lot of the problem has to do with compartmentalizing. You see, a woman thinks GLOBALY, where a man tends to compartmentalize everything, that means he is focused on just one thing.

In other words, if he was watching TV, THAT’S what he is focused on. When you talk to him, he HEARS you, but it doesn’t REGISTER with his brain. Certainly everyone is different and some men can actually remember the conversations, although, these are few and far between.

When you want him to remember something, get him alone and THEN talk with him. You will find he will be a MUCH better listener THIS way. I know it is frustrating, hang in there, you will see what I mean.

Here I am, sitting in front of a blank computer screen for the last 45 Minutes, just waiting for the magic to happen. I gotta tell ya, it’s HARD tryin’ to write something amazing every day. OK, I hear some of you out there tittering sayin’, “AMAZING…EVERY DAY…???

Let’s see, I’ve gone through my pre-writing checks…Quick Snack, Check…Bathroom Break…Check…TV Watchin’…Check…Hell, I even went as far as readin’ some Shakespeare to get the old brain gears turnin’…NOTHIN’!!!

It’s funny really; sometimes I can sit down, open my computer and write some amazing stuff. Again, I hear the sounds of TITTERING in the background….Be NICE!!!

Other times, it’s like today, sit and stare at the computer screen, hypnotized by the pretty light in front of me. I usually write my best stuff after I’ve woken up from a nice sleep. Maybe, I should close my eyes, and then I will have an amazing revelation. Hey…I COULD happen…Gheese…

I’ll wake up and begin to write something wonderful and profound like The Declaration of Independence, or perhaps something heartfelt and meaningful like the Gettysburg Address.

The thing is, I am not sleepy, and I really wanna get this blog out to all of you wonderful people. Ooow, I know, how about a blog about NOTHING? Hey, it works for Seinfeld, right?

I was watching a story the other night where they mentioned the  theoretical “Doomsday Clock”, and it brought me to thinking. Wow, scary, right? Well, it SHOULD be. According to Top scientists, we now stand at 3 minutes till Midnight. At Midnight, of course, is when we as a race supposedly become totally annihilated.

Remember when the Berlin Wall was torn down, THEN,  it was actually set back from 5 minutes to 17 minutes to Doomsday. Yikes!!! What the HELL happened to us? It seems as though our world leaders are Hell bent to keep us on a world annihilation course.

Remember now, this is not ME speaking, but “the decision about the time reflected on the Doomsday Clock is made by The Bulletin of the Atomic Scientists Science, Security Board, and the Board of Sponsors, which includes 16 Nobel Laureates.”

THAT, my friends, is a pretty damn good group of intellectual people. So WHY are we as a world so oblivious to our own demise? I never COULD understand this.

Is land and power over others SO important that those who seek these things overlook the danger they are putting EVERYONE into? Where has the leadership, the intelligence, and the reasoning power of these folks gone?

I am truly appalled at what has been going on in the world without ANY concern for others. What have we as a race become? Are we no better than the animals that roam the Earth? Even THEY (Animals) won’t KILL their own kind, WTF!!!!

The sad thing about all this is that MOST people aren’t even AWARE there IS such thing as a “Doomsday Clock”. We wallow away in ignorance as if we will live forever.

And all of this for a piece of land, or a bit more power. Is it really worth it people, THINK about it!!!

Einstein once quipped: The difference between stupidity and genius is that genius has its limits.

He indeed was a very smart man. His IQ was 160, and his REAL abilities were seeing things NOT how they COULD be, but what they actually were in a different light. Then, he would look at every possible way to he solve the problem by going OUTSIDE the box. This is how he solved all his problems and is the reason we have the current theories on relativity.

My question is, why didn’t he ever write a book called, Relativity Book for Dummies? Just THINK of the sales, it would have gone through the roof. Other scientists and Physicists would have waited in LINE around the block at Barnes to Noble to purchase his book.

Just THINK, we could ALL be well informed with a dumbed down version of the Theory of Relativity. We could walk around, smoking pipes and talking about how time and space changes our Universe.

What is that I hear you say, you don’t CARE about Relativity and/or Time and Space, oh, well then, NEVER MIND!!! We’ll all just go about our lives then, making money, being happy, and living in ignorance…Works for ME…

I’ll be glad to be your Easter Bunny this year!!!

Well, it’s Easter again; the air is filled with spring, many put on their Easter best and go to church, while others stay nestled in their homes, enjoying the day with their families, and watching the kids scurrying to find their Easter baskets.

I remember getting so excited as a kid, getting up at the crack of dawn, waking my parents from their obviously over extended sleep, and aimlessly running around the house endlessly searching for my Easter basket.

Every year it seemed like that damn Easter Bunny kept trying to trick me by hiding his wares of delight in very unusual places. Once, I had to go into the garage and FINALLY found it in the rafters, WHAT?????

Nothing better than finding your basket and then devouring all that great candy and of course those deliciously colored eggs. Easter, besides St. Patties Day, Easter has always been my favorite day.

Sure, I’m down and out right now, but the happiness I feel on this day brightens my spirits and helps my soul to sing. From the bottom of my heart, I want to wish all those who celebrate, a happy and enjoyable day.

I will be thinking of you as you join your families and loved ones for a wonderful dinner, and a beautiful day… 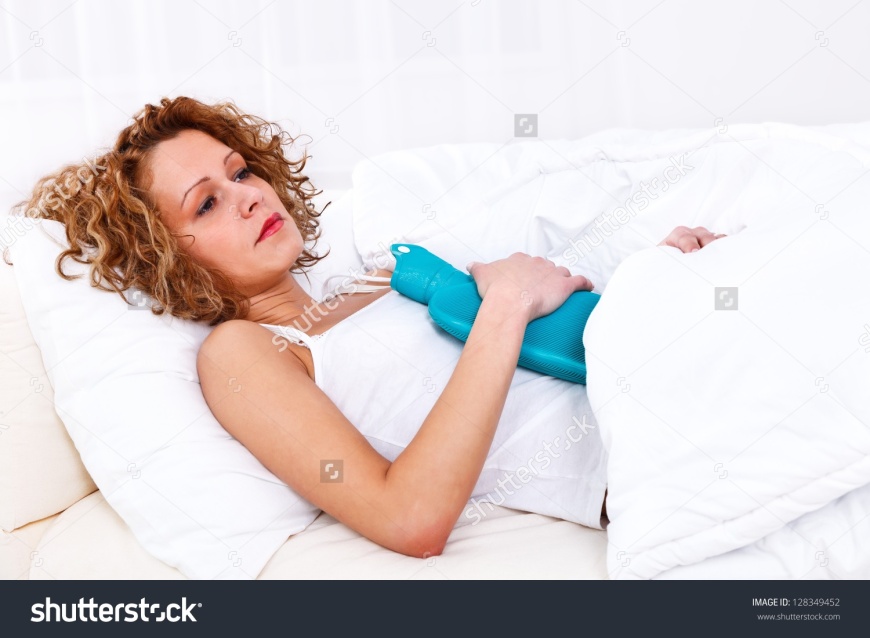 For the last few days I have been away on an UNPLANNED vacation in the Hospital. Yup, my cold kept getting worse and worse, and I kept feeling sicker and sicker.

As it turned out, I was rushed to the ER with severe viral Pneumonia. I had a 105 degree fever and I was out of my head. Yeah, I know NOT very attractive right???

I was stuck so many times; I felt like something you would keep your needles in. I was a MESS. Luckily, thanks to all the fine Drs. and nurses who took care of me, I was able to leave yesterday and am back home recuperating.

This is the second, or is it the third time now I have been hospitalized for Pneumonia. I consider myself quite lucky to still be round. I was coughing so hard I think half the hospital could hear me.

Anyway, I am home now and on just about every drug there IS known to man. OK, I MIGHT be exaggerating a bit, but, I FEEL like that is the case. A friend of mine has taken off her job to come and care for me until I am ready to return to work.

Dr. says that should be about a week from now, IF, he gives me the OK…Well, my friends, I will tell you, come Hell or high water, I WILL be feeling better and will be back to work. I HATE to be indebted to anyone.

In the meantime, I will be doing some extra writing to sort of catch up a bit. I sincerely hope you enjoy my stuff that will be coming. Well, time for a nap now so I bid you all adieu and wish you all the best…

I have tried and tried to correct him of this throughout he years, but to no avail. I realize this seems like such a petty thing, but after a while, it just wears you down, you know?

Any suggestions you can make that will help me change him would be greatly appreciated. Thanking you in advance.

Hey, what’s petty to one, is primary to another. Here’s what I suggest. Since your husband has NOT been listening to YOUR nagging, I suggest you tell one of your friends about this nagging habit and then invite her/him over.

Let HIM/HER put the bug in his ear about how annoying it is while you are out of the picture. This way, he will think about it more seriously, and he should stop the habit on his own, thinking that it was his OWN idea. This should make all the difference. It has been shown to work time and time gain,and is the best way to initiate change.

Sincerely, I wish you good luck…

Happy Patties Day to All

Top of the mornin’ to ya all. This is Sooz wishin’ ya all the luck of the Irish today. I am dressed all in green, have a shamrock on me blouse, and I am ready to leave the work behind and celebrate like the good, well, Irish girl I am.

I never told anyone this, but me grandmum and grandda were from the old country, just outside of County Cork Ireland. I’m about as Irish as they come, and today, I’ll be a celebration’ with all my leprechaun friends.

Yes, I can do a gig with the best of them, and, as far as green beer is concerned, I’ve been known to tip a few Steins back also. So today, is a PARTY day for Erin, Dancin’ and partying, till the wee hours of the morn.

Hey…If ya run into me, I’ll save ya a dance…

Dear Sooz: Hi Sooz, how are you? I am an avid reader of your column and I have decided to ask a question. From what I read, most of them are a little sensitive for the writer, and mine is … END_OF_DOCUMENT_TOKEN_TO_BE_REPLACED