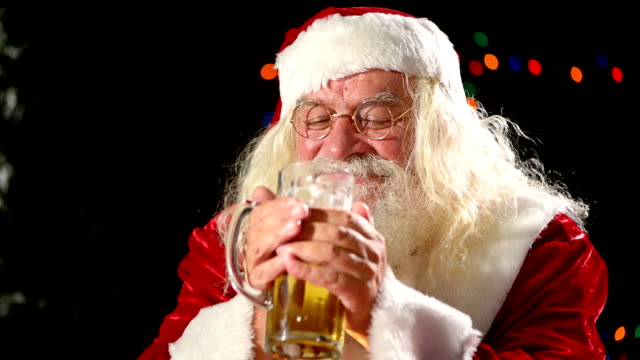 Twas the night before Christmas and all through the house,

Not a creature was stirring except for a couple of rats in my walls and the bat which came down my chimney.

The stockings were hung by the chimney with care, but NOT carefully enough because the long assed stockings caught fire and nearly burned down my mantle.

The children were nestled all snug in their beds, at least THIS is what the parents thought. The crafty little bastards were already stealthily searching the house for their presents.

And mamma in her kerchief, and me in my hat, were drunk as a skunk and ready for a nap.

When out on the lawn there arose such a clatter, I sprang from my bed and called the cops. “Hey…I’m trying to sleep here.”

Away to the window I flew like a flash, tore open the shutters and dropped all my Hash.

The moon on the breast of the new-fallen snow seemed to rise and to fall like freshly baked dough. Hey…They can’t ALL be funny…”Give me a freakin’ break will ya??????”

When what to my wondering eyes should appear a HUGE ass sleigh and eight big as elephants Reindeer. I quit drinking Scotch shortly after that.

With a little old driver so lively and quick, I saw Santa Clause; the booze had done its trick.

More rapid than eagles, his coursers they came, and he whistled and shouted and called them by name.

“Now Dasher, now Dancer, now Prancer, and Vixen, on Comet, on Cupid, on Donner and Blitzen.” Hearing this I shouted out “WTF!!!”

As dry leaves that before the wild hurricane fly, (???), when they meet with an obstacle mount to the sky. (SERIOUSLY????) So up to the housetop, the coursers they flew, (Why didn’t they just call them the f**king Reindeer?),with the sleigh full of toys and St. Nicholas too.

And then in a twinkling, I heard on the roof, the prancing and pawing of each little hoof. I hope that red suited old man doesn’t expect ME to clean up that Reindeer Poop on the roof.

As I drew in my head and was turning around, down the chimney St. Nicholas came with a bound. He ruined my WHOLE freakin’ chimney too that fat bastard.

He was dressed all in fur, from his head to his feet, (Sale on at Macy’s), and his clothes were all tarnished with ashes and soot. Serves the A hole right for comin’ don my chimney.

A bundle of toys he had flung on his back, And I thought…GREAT…This guy stole from the Toys for Tots shelter.

His eyes how they twinkled, his dimples, how merry, his cheeks were like roses his nose like a cheery. No WONDER… His breath smelled like he had just come from a major WINE tasting Vineyard.

His droll little mouth was drawn up like a bow, and the beard on his chin was as white as the snow. I think he colors it…

He had a broad face and a round little belly, that shook when he laughed, like a bowl full of jelly. OK…I’m being KIND here…The guy HAD to weigh in at over 500 lbs.

He was chubby and plump, a right jolly old elf, (I never KNEW that Santa WAS an elf), and I laughed when I saw him, in spite of myself.

A wink of his eye and a twist of his head, he scared the livin’ bejesus out of me, kinda like the exorcist. Oh wait…This doesn’t rhyme…Oh well…!?!

He spoke not a word, but went straight to his work, and filled all the remaining BURNT stockings then turned with a jerk.

And laying his finger aside of his nose, he picked out the booger and up the chimney he rose.

He staggered to his sleigh, to his team gave a whistle, and away they all flew like the down of a thistle.

But I heard him explain, as he drove out of sight, “DON’T tell anyone and have a good night.”

2 thoughts on “Twas the Night Before Xmas Parody”