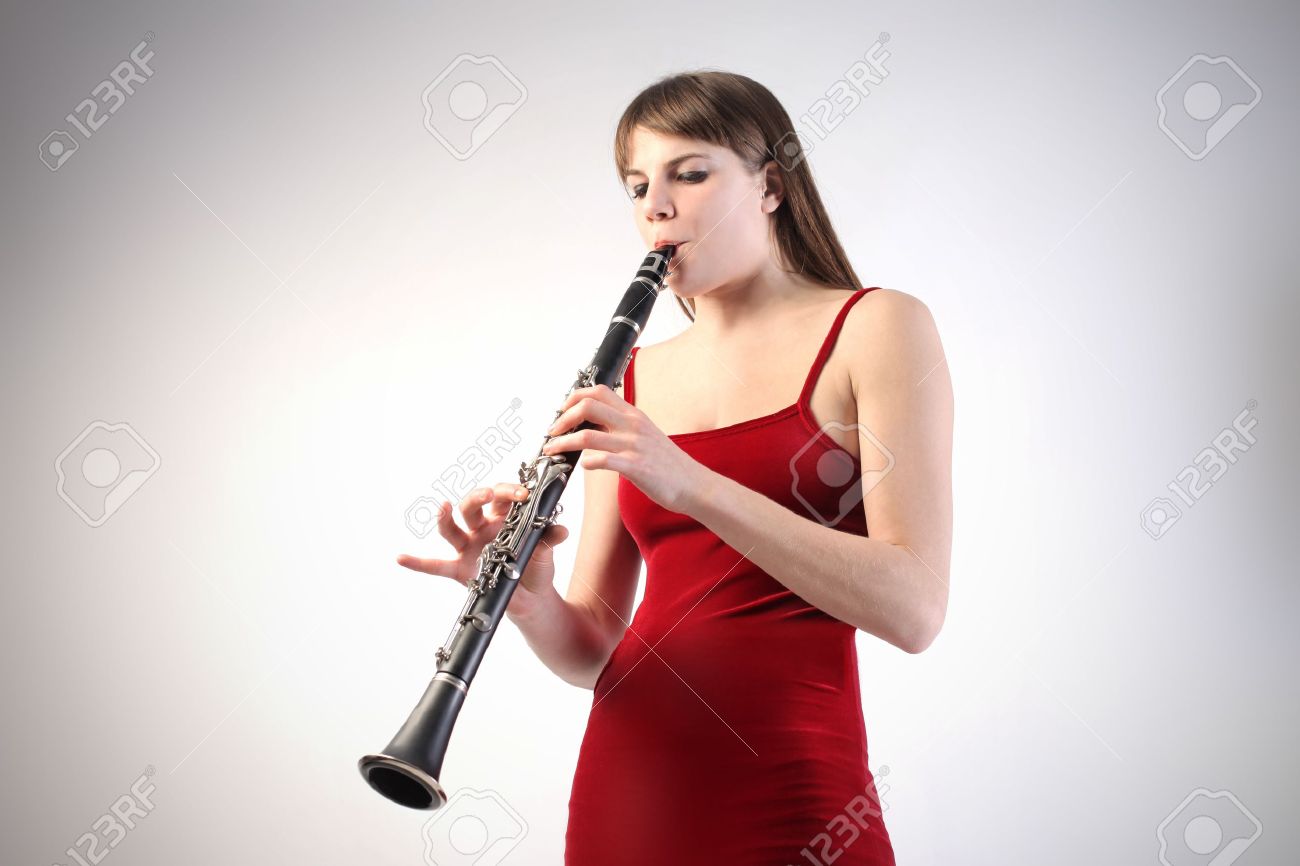 Here is my question. Recently, I learned to play the clarinet. Though I have played many instruments, this one was a bit more of a challenge in some ways.

I have played piano in front of large audiences in the past, but, for some reason, when I try to play clarinet for a couple friends it mostly comes out as squeaks and squeals.

My two friends, Pat and Bob, are very supportive, in fact, too supportive at times, but my feelings of inadequacy are starting to affect my musical confidence.

I am a mess about this because playing the clarinet in the symphony has always been a dream of mine, and one that I can pursue now that I am over my lip balm addiction. What should I do about this? I fear auditioning in front of my peers and looking a fool. Thank you.

Blowing In The Wind

Dear Blowing in the Wind:

A musical instrument is like giving a BJ, practice makes perfect. The more you practice, the better you will get. Good luck.

Let’s face it, lists are fun. Being bored is NOT fun, so, I decided I would list some things you could do when you are bored. Hopefully, you will enjoy this list.

Limericks have long been used in a more “sensual” manor and being that I love the image, I thought I would write one. Hope you like it…

There once was a woman from Fargut,

Who displayed all her “charms” in the market.

When asked about Clap, She spread open her lap,

Said Penicillin was placed there to trap it.

For a while now, I have wondered how broken you have be before you’re too far gone to be saved. I used to think I was too far gone, but then an old friend came back into my life we’ll call him guy x,  and he showed me that I could be loved.

I started to fall for him, but he was stuck between me and another girl. For a while, he flirted with both of us and said he didn’t know which of us to choose. At first, we overlooked it because, well, he was a guy and you know how guys can be.

After I became friends with the other girl, and realized how great of a person she was, that’s when I realized how much pain it was really causing us. At first, I didn’t notice my pain, but when I did,  I pushed it back inside.

I knew I needed to do something for myself, but it still shattered my heart. Now, I am starting to get to be friends with this other guy, we’ll call guy m. I told guy x that we should just go back to being just friends because the other way was causing too much pain.

The other girl introduced me to guy m, and we are still getting to know each other. He is very kind, and funny, and I think I’m starting to like him. Here’s the thing, he likes me, but I’m afraid… What if I fall for him and get hurt, or, what if I’m not good enough? What if he deserves better? What should I do Sooz?

Here is what I have learned through many relationships in life. “Nothing ventured, nothing gained” Life is a crapshoot my dear, being only 18, you will probably get your heart broken several more times before finding Mr. Right.

Don’t let the bad taste of one bad apple sour you on the other apples in the tree. You deserve to be happy, take a chance, fall in love, lust, and have some fun. If it works out, great, if it doesn’t, well,  move on and go to the next man.

Take a chance with guy M and be happy while you can. Good luck.

Hello Dreamshadow, I have a question to ask Sooz. It is for my friend, of course. “I work in sales at a company that sells, office supplies. It is a decent job and my coworkers are pretty cool for the most part, but there is this one sales guy who is always very serious and way over the top about everything.

My BF also works here and we have been pranking this, “way too serious guy” for years. Keep in mind that these are never truly harmful pranks and he generally takes it well. This one time, we left a voodoo doll on his desk with one pin in it on the right thigh.

What he didn’t know is that the metal pin was actually a touch-sensitive contact that activated a small remote vibrating buzzer device that my BF had in his pocket. When the pin was touched, the small device buzzed silently and my BF would yell, “OUCH!” from anywhere in the office and grab his “boo boo”.

Then BF would rub his thigh and say things like, “I really need to get this checked out.” Mr. Oh-So-Serious began to think he had power over my BF. After a couple days we left a doll that resembled the guy on my BF’s desk.

When BF got into the office, he picked it up and when the serious guy noticed, he looked panicked. Later in the day, BF got a cancellation over the phone, and pretended to be upset about it. He jabbed the doll mindlessly with a pair of scissors, missed the torso, and stuck it in the doll’s upper-right arm.

The man walked around rubbing his bicep for several hours. This went on for quite a while, and the guy actually ended up stealing the doll. We caught him, and he was super embarrassed, but as you can see it was a truly harmless prank. Lately, we have been running short on pranks. I mean after 10 years of this thing has gotten a bit stale. What should we do SOOZ?

Hey, I’ve played MY share of practical jokes on people, but never any that really messed with someone’s head. Why don’t you and your best friend just invite the guy out for a few beers, get to really know him a little better and end all of this tomfoolery.

One of these days you or your best friend may need him for something and would want him to be on YOUR team. Play nice boys, remember, “KARMA is a BITCH”…

I am writing you today because I need some advice. My mother is 62 and she has recently been diagnosed with early onset Alzerheimers disease. I am just beside myself Sooz.

It breaks my heart seeing her decline on such a rapid basis. Once a professor, she now forgets things that have happened in the not too distant past. I have been to several Dr’s., and they have all given me the same diagnosis.

I can’t seem to deal with the previous memories of us and the thoughts of the future. Currently, I am her caregiver, and my heart just breaks on a daily basis. What can I do to help with my growing sad feelings?

First, let me say how sorry I am for both YOU and your mom. This is a HORRIBLE disease that strips one of his/her dignity. The caregiver has the toughest job as you have demonstrated, and while I applaud your selflessness, I emphasize with your feelings.

If you can, try and get some help with the Caregiving so you can do things like go to support groups for Alzheimer’s caregivers. These groups I have heard are very helpful, and help with the same feelings you are going through now.

Again, I applaud you and will send you some groups in your area. I wish you all the best.

As I write these words I am curious to that of Human Nature. Some people see me as a former captain of industry, and now a student redefining her life, others, see me as a drunken whore and a woman without conscience.

It’s almost as if I have two separate personalities, and yet, I am merely a woman, nothing more and nothing less. Yes, I have faults and talents like the rest of Humanity, and yes, my feelings can be hurt, and believe it or not, cut me and I bleed just like you do.

Why is it that MANY want my persona to be the drunk and sexual Nymphomaniac? Is it because I am easy after I am drunk, and they can just have their way with me? Helene, perhaps I should send a letter to Just Ask Sooz and find out.

The truth is I AM an alcoholic who IS a Nymphomaniac. I have had my ups and downs with the alcohol, but my sexual response is one in which I have never been able to quell.

Does this mean I don’t have a conscience…NO. I DO have a conscience, one in which I wrestle with each and every day. Why, because it is BECAUSE of my increased sexual arousal that I have created many unhappy people.

If there is a Hell will I burn there for eternity, I HOPE not, and yet, I still can’t seem to control my urges. Should I be doomed for something that is incurable? I don’t know, I wonder about these things a lot.

I guess the best thing I can do is to live my life the best way I know how, and help those who are less fortunate than I am. This way I can at least hedge my bets… Hehehehe.

Thought I’d try a little Dr. Seuss style on this one. Let me know what you think.

Away in the forest and over the hill,

Lies a quiet little town whose name is Bree Mill.

It has mountains and streams, and buildings with beams,

It has people with pipes, and one Hobbit named Scripe.

Scripe, they say, is smaller than most,

His skin tone is pale, as white as a ghost,

But, he is happy and friendly, say his friends who are close,

And he is happiest when seen giving a toast.

He hobbles around the town with a cane,

From an accident he had, where no one was blamed.

Yet he would rather, you see, be dancing on the floor.

Indeed a dancer, he was, till that ill-fated day,

When a Trolley Bombaster would take it away.

His leg was impaired, yet his spirits were bright,

For now he could TEACH others to dance through the night.

The Scripe teaches on, and refuses to fail.

Let this be a lesson to those who are down,

Follow the Scripe, and turn that frown upside down.