Per usual, I am wasted. Today was one of those crazy days. I awoke around 10: 00 AM, hungover and slightly sick. I took some aspirin, milk thistle, and water, then returned to bed.

About an hour later, I awoke, and noticed that my girlfriend Dot was still passed out, so I went to the kitchen and poured myself a vodka and cranberry and had some cereal. Hey, you still gotta eat right or you could get an ulcer.

About an hour later, Dot came to the kitchen, still drunk, and poured herself a large glass of bourbon and ice. Giving me a kiss, she said “WOW, it must have been some night last night as I don’t remember anything.

She asked how we were doing and I told her fine, why? She said “What, you DON’T remember, and I told he no, neither of us did why?” She said, “You’d better sit down.” I told her I was and took a long pull on my drink.

Barb explained that Dot and I were drunk and had gotten into a bar fight with two other women. She said the cops were called and that we were arrested and taken back to drunk tank to sober up. Barb said that she had followed us, paid our bail, and had us released.

She then put our slobbery asses in her car, drove us home and put us to bed. I apologized profusely, told her I would reimburse her for the bail and thanked her for coming to our rescue.

I looked into Dot’s drunken eyes and said OOPS!!! She agreed and we both went back to refilling our drinks. Hey, the day HAD to get better from here, right? Yikes!!! 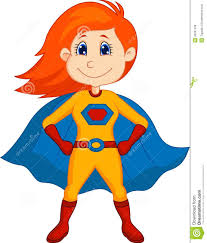 I realize this is kind of a weird topic, but, on the other hand, I am kind of weird. Even as a kid I was into comics, and superheroes, and I always wondered what kind of superpower I would want if it was bestowed upon me.

After much brain drain, I decided that MY superpower would be mind reading. Yup, that’s right, mind reading. Now for a lot of folks it would either be flying, or invisibility, super strength, or even x-ray vision.

Yes, Yes, I KNOW you guys wanna look through our clothes to see our boobs and asses. While I can’t hate you for that, it seems that there just might be a little better power you could use for good.

With MINE, I would be able to KNOW if someone was thinking about robbing a bank or perhaps gonna pull a devastating terrorist attack. Now THAT would be useful in today’s day and time. I could just call the authorities and thwart the bad guys.

On the other hand, let’s say you have ex-ray vision, you see a nice looking woman or man,check out their packages with your vision and JUST then, a bank robbery is in process. Do you REALLY think you are gonna notice if there is a bank robbery going on, I think not. Hmmmm.. Tsk, Tsk, Tsk!!!

Now, I’ve told you about MINE, so now let’s hear about YOURS. I think this will be fun.

In China, there are so many people with the name Wing and Wong, it’s inevitable that at some point someone may Wing the Wong number.

Sorry, I realize that’s a groaner, I just couldn’t help it. The Booze made me do it. Enough about jokes, let’s get to a serious topic, Ear Wax!!! That’s right, greasy, gummy, gritty, packed in and gross, and hard to get out ear wax.

Well, if it builds up too much, it can cause all sorts of nasty side effects such as:

What’s the best way to remove this nasty little problem you ask, you WERE asking that, right? Well if you answered a Q-Tip…Bzzzzzzzzzzzzzzzzz!!!

You either dig in there with your finger, OR, use the ear wax removers on the market today to let it soften and the fall out as gently as a new fallen snow. Ya, right…

I say, get in there with your little finger and dig the HELL out of it. That’s the way to insure the most success. Now, aren’t you glad you learned something today? Any questions? OK then, Bye for now.

via Wishing You All a Happy New Year 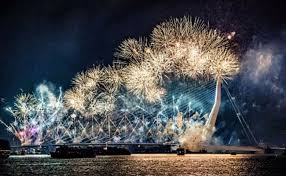 Well folks, it’s 2019, this means another year of resolutions that won’t be kept, and hopes and dreams that come true ONLY by hard work.

Oh well, life goes on. I spoke with Dot today day, and she has the resolution of getting sober for the New Year.

Unfortunately, she said that this morning after already imbibing a 40 oz. beer and 6 shots of whiskey. I, on the other hand, have made myself a goal not to get passed out drunk anymore. So far so good as I have a nice buzz going with several hours before midnight. I guess we’ll see how that one works out.

In the meantime, since I have not been on in a while, I would like to wish all of you a Happy and Prosperous New Year. Let’s hope that the economy strengthens, the world becomes at peace with each other, and that every living soul on Earth retains the peace and love in their hearts from the Christmas holidays.

I sincerely love you all, and I pray that 2019 holds all the happiness you deserve, restores in your souls a love for your fellow man, and provides you with enough means to feed you and your loved ones for this year, and forever.

To the poor, know that I am committed to help ease your burden, and will be there for you to help to get you back on your feet. I am funding programs that will help towards that end.

My gift to all is peace, my hope is for compassion for everyone, and my wish is that if you are able, follow my lead by helping in some way those who are less fortunate than you.

I bid you all a very Happy and Peaceful New Year!!!