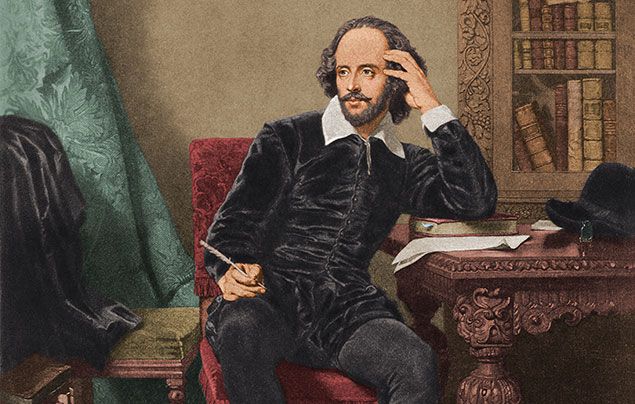 People like Mark Twain, Henry James, and Sigmund Freud, among others contend that Shakespeare, while growing up in Stratford, had too meager an education to be able to produce such elaborate and thought provoking political plays.

Some thought his works were written by essayist Francis Bacon, others by playwright Christopher Marlowe. The most interesting however, was the 17th Earl of Oxford, Edward de Vere, who had both the intellectual experience and the political savvy at the time to have been in many of the sites where the plays had been written.

My OWN belief is that since Shakespeare was an actor, and a writer of plays. As such, he would have been the perfect candidate to understand the grammatical concept of a play’s structure, AND some of the language required to wright such plays, even WITHOUT a “gentleman’s education”. My thinking is that he possessed an immense talent who then used said talent to create truly beautiful plays and Sonnets.

Sure, the stories and conjecture that he may not have written them lives on, yet, to date, no one has ever PROVED any of these theories. Read on, enjoy the writings, and to Hell with conjecture. My point is, they are beautiful, and truly some of the best English ever written.

Enjoy them for what they are, and put away the conspiracy theories.