Inhaling and exhaling, faster and faster at uneven paces.

Sounds of pleasure scream out from a quiet night.

Then, a scream fills a once silent room…

And all is a quiet, as sexual peace is once again restored to, a satisfied partner.

I bow to Heaven’s gate, as the bowels of Hell are opened.

In the distance, the grumbling of Natures displeasure,

Tuned to the sound of menacing claps of explosives.

Ever pounding against the sweet green grass below, the Earth, quakes,

And Hades displays, that it, too, holds the power to cause the  planets to quiver.

Slowly, intermittent sun, peeks through the forbidden sheets of black,

The destructive power wanes, and the eye of God once again prevails anew.

Silently drifting, I dream of you.

I see your hands in my mind’s eye, and can feel their warmth, caressing every part of my soft and wanting body.

Your loving mouth excites me, as it tenderly kisses my lips, and then, runs down between my inner thighs until arriving at my garden’s center.

Kiss me till I explode from thy generous tongue.

I gaze deep within your eyes and see your love as you penetrate my soul.

I am asleep, yet, my subconscious mind forces my loins to become wet with thy overpowering command.

Take me to Nirvana my love,

I am yours, asleep, awake, or anytime you require me. I am a slave to your love.

Almost everyone knows the nursery rhyme about Jack and Jill, BUT, do you know the TRUE story behind the sweet little rhyme, Hummmmmmm????

“Jack and Jill went up the hill

To fetch a pail of water,

Jack fell down and broke his crown,

And Jill came tumbling after.”

It was the best of times, it was the worst of times, poverty ran rampant, and the streets were lined with starving people. Could no one ease their suffering? Jack ( King Louis the 16th.) was the king at the time with his devious wife, Queen Marie Antoinette.

Taxes were heavily laid upon the kingdom’s subjects, so the rich got richer, and the poor got poorer. Hmm, sounds familiar, doesn’t it? Anyway, the peasants of France had had enough, and decided it was time to unite and take action.

Day after day they would raise their fists high in the air and demand that the king ease their burden. Alas, to no avail, the king just snickered at his hungry impoverished masses, and went back to enjoying his luxuries.

Well, the peasants came up with a plan. They would follow the king and take him off guard when his bodyguards weren’t looking. One day, while Jack and his lovely wife Jill went up the hill to fetch a pail of water, (Really, it was HEAVY WATER, used in the making of an A bomb), the people took action.

As Jack was raising his bucket from “the well”, his subjects powered their guns, dropped in the balls, and let loose on the unsuspecting king and his wife. The king and queen immediately DROPPED to the ground to elude the bullets flying all around them. Quickly, they scampered to their feet, raced down the hill, and tripped from a divot in the ground.

Jack took a terrible fall, rolling down the hill and braking his royal crown into two separate pieces. Jill, (Antoinette) also tripped from that same hole, and tumbled down the hill like a bus without brakes.

Later that evening, Jack passed away from his massive injuries. Antoinette was then appointed ruler of France in hopes SHE would ease the peoples burden. Once again, however, she turned a blind eye towards her subjects, and, as we all know, was executed at the stake a short time later. And NOW you know, the rest of the story…From a liar’s truth. 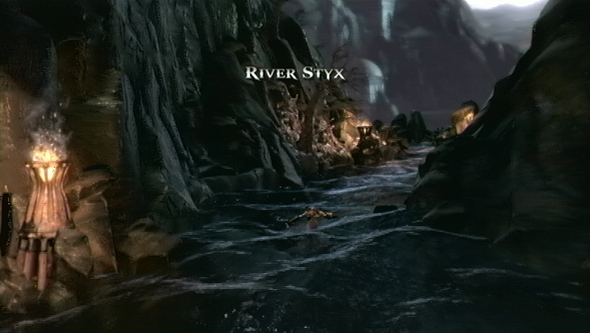 As I sit here by the banks of the river Styx, I peer out into the cold and empty darkness.

Fear fills my body, and the sadness from a thousand lifetimes sift through my brain.

I am alone; waiting for the inevitable finality, my conscience must be examined.

Woe to those who have the curse of breasts, pleasant to the sight, and tempting to the touch.

Few have seen without being condemned to its pleasures of lascivious gesture. Many have I called, but only a few have ignored my siren’s cry.

Woe again to those who have felt my passion, and have become a pinnacle of Lust’s desire; within my womb, there lays a contemptuous fire, ignited by the curse of my heated loins, tempting both men and women into my Devil’s cavern.

I pray that Hades will judge me NOT by his pitchfork of revenge, but by the actions I have done worth the merit of forgiveness. Seek Yee not shall I ask for his forgiveness, only the mercy he commands necessary.

Memories of times past fill the darkened cavities,

While streams of sugarplums dance in others, Still…

Around and around the wind blows through the corners of my mind.

Crevasses fill with the darkness of despair,

While others, filled with life’s hope.

Oh, to choose the journey through these synapses, Wandering…

Return me not to the trials and tribulations of demons past, but

Release me from the evils that play upon my mind.

Let my strength be my guide, and thy will, to be my sword.

While the fruit of nature’s poison tempts my very soul,

Let me be steadfast and true to my body’s innocence.

Guide me along the path of righteousness,

And release me from the evils of a bygone time.

Carry me upon thy wings,

And secure my spirit with thy grace.

For those of you who read poetry, but really don’t understand it, (Like ME for example), The flower is ,merely a metaphor for us Humans and the many needs and wants we desire.

The Sun represents our live when we are down and need a boost. The rain of course nurishes not only our bodies, but also our souls.

I hope you all enjoy this piece.

Below I sit, watching the sun’s rays, beating down upon my tiny body.

Pedals dried by the scorching sun, and my stem, withers in need of moisture’s touch.

Do not deny my life; but feed me with thy crying clouds,

Hear me, and let me soak up the essence of thy salvation.

Open the Heavens and soak me till I can stand no more.

If you heed my cry, I shall regain my posture, stand tall with pedals full, And Sing the praises of Natures virtue.

I stand only because of you,

Bring forth thy rain and I shall respond in kind.

Oh Heavens gate,  may I lay upon thy pillowed clouds, and delight in serenity’s peace.

Let there be sweet repose for my resting soul, and harmony for a troubled mind.

For this shall be my eternity, earned through a shady past, yet forgiven by a merciful God.

It has been said, “Be thou at peace, and rejoice in Heavens glory, now and forever.”

Be thee engulfed by the ever burning fires of Gehenna.

Feel the flames scorch and burn thy troubled soul,

And forever remember the misgivings that have caused thee this eternal suffering.