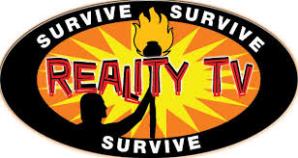 10. Survivor BENEFITS—A new show starting in the fall which shows how people in different walks of life survive off the income of deceased loved ones.

9.  Who Wants to Become a Millionaire AGAIN—Game show where former millionaires who have lost their fortunes compete against each other. Each are given a million dollars and the one who does the best job of investing the money in fraudulent Ponzi schemes wins.

8.  Divorce American Style—A show that follows 4 divorcing couples over a six month period. Fun ensues by following the trickery of hiding marital assets, constant bickering over who gets what, and the never ending battle of support and maintenance payments.

7.  Drink, Drank, DRUNK—This show follows two alcoholic women and how they function in their everyday lives. Grab a drink or many drinks, sit, relax, and enjoy the antics of a drunkard’s dream. (I invested HEAVILY into this one…)

6.  My Garage, My Castle–HGTV’s new reality show following men who live in their garage. Hosted by W.T. Sluts, the show displays remodeled garages of some of the poor yet HANDY former trailer owners.

5.  Hookers, Whores and Harlots—A new Showtime arrival where women of ill repute are shown in their natural element. The show follows them as they bar hop, display their art of seduction, and the ultimate act of “closing the deal”…No one under 18 admitted here…(UNLESS, of course, you have MONEY)…

4.  Wieners and Beans—A new Triple X rated show starting in the fall on HBO about…Well…Let’s just say it has NOTHING to do with picnics…Watching this show may encourage an urge to use lubricants, have some with you.

3.  NYPD Blue vs. NCIS, Law and Order and The Rookies—Bravo starts the ULTIMATE cop game show. Contestants are presented with several challenges: Donut eating, Shooting while inebriated, Cursing, and chasing fake suspects. Points are allotted and the prize winner gets to play a DR. on Grey’s Anatomy for an entire season.

2.  So You Think You’re Too OLD To Dance—Fox Network introduces its new dance show for OLD folks. Octogenarians compete for a mirror ball trophy they CAN’T even LIFT. Dance routines include all ballroom genres and  contestants are allowed to use canes, walkers and or wheel chairs to compete.

OK….Look… There IS no NUMBER 1…I’m too drunk to think of the last one so the HELL with it…SUE ME…