Hi…my name is Bongo and I’m an Orangutan here at the zoo. I thought I’d drop by and give you guys the 411 on what it’s like living here on a day to day basis.

Every morning bright and early, we ALL (There are six of us), get up and pee up a storm. Yup, it stinks so bad, even the Vultures here won’t give us a look. “Yeah yeah…same to you Irving, you mother chews on LIVE rats”, (One of the vultures here). “Crazy ass birds.”

Anyway, after we pee, the zookeeper comes around and gives us all breakfast. Now breakfast usually consists of Lots and Lots of Bananas. 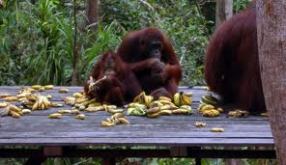 Now, don’t get me wrong, we eat other things too, fleas off each other, our own poop, even little tidbits people throw in at us like popcorn or peanuts. A real treat for us is once a week we get to suck down a couple of cold ones while watching the cocks fight. They are truly NASTY little buggers those cocks. Hey…WHY are you guys TITTERING at that? 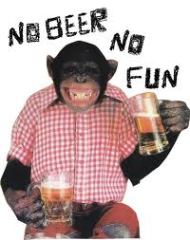 Usually, the Zoo isn’t open yet so to entertain ourselves, we shout obscenities at and make fun of the lions. Man, they may be king of the Jungle, but those guys are LAZY BASTARDS. All the do is lay around and sleep. Boy, I want THAT job. We try and try to get a rise out of them but usually, the most they will do is just TURN OVER. I mean how the HELL do they ever F–K??? They just LAY there, (Scratches head, arms, back, front, and crotch). 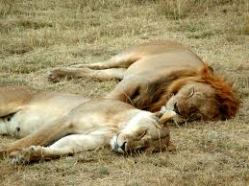 Then we turn our attention towards the Zebras. Pretty animals but DUMB AS Lemmings on a march off a cliff!!! We all try and tease them but they just look at us with a blank glaze in their eyes like drunk Humans and whinny like horses.

We have two fun parts of the day though, one, when the person who comes in our cage to clean up our poop, we run all around and throw our poop at them. It’s fun to see them duck and hide from us. Hehehehe. Humans, such a funny animal…AND, NOT very smart either. The second part is when the Zoo is open and the crowds come around. We act like well…MONKEYS for them, we jump and throw our poop at them and just put on a show. That really tires us out and we are thankful when it’s closing time.

We eat dinner, and usually without even watching ANY Television, we just go to sleep. So…What did you think? Would you like to come and join us for a day? We’ll be waitin’ for ya…